There are many myths when it comes to olive oil and I thought it would be wise to dedicate a blog post to debunking some of the incorrect claims.

Some of these incorrect claims include the belief that olive oil causes heart disease, impairs endothelial function and is a pro-inflammatory food, all of which couldn’t be further from the real truth.

Much of the fear surrounding olive oil stems from its rich content of fats.  However, the majority of the fats that olive oil contains are heart-healthy monounsaturated fatty acids.

In this blog post, we are going to debunk some of the fear mongering and incorrect claims surrounding olive oil using scientific research.

The first myth I am going to tackle is the incorrect claim that olive oil either causes or increases the risk of developing cardiovascular disease.

According to a growing body of scientific research, the opposite is actually true here, in that a diet rich in olive oil actually significantly decreases the risk of developing cardiovascular diseases.

Olive oil is one of the key components of the Mediterranean diet and where the cardiovascular health support benefits are partially derived from.

Olive oil intake and risk of cardiovascular disease and mortality in the PREDIMED Study.

Olive oil consumption, specifically the extra-virgin variety, is associated with reduced risks of cardiovascular disease and mortality in individuals at high cardiovascular risk.

In summary, the study found that greater consumption of total olive oil, especially EVOO, was associated with reduced cardiovascular disease and mortality risk in an elderly Mediterranean population at high cardiovascular risk. [1]

The next myth to debunk is the claim that Olive oil is pro-inflammatory and causes inflammation in the body.

Contrary to the popular belief of the low-fat vegan diet proponents, research has actually found that Olive oil is a strong anti-inflammatory food, due to the rich content of polyphenols.

Research has also confirmed that olive oil can significantly reduce some markers of inflammation such as C-reactive protein and interleukin-6.

The final myth to debunk is the false and incorrect belief that olive oil impairs endothelial function.

This claim is largely from the proponents of cardiologist Dr Caldwell Esselstyn, who believes that all oils impair endothelial function, even olive oil.

Now this claim doesn’t appear to be rooted in any sort of scientific evidence, as the research has actually found the opposite to be true, which is that olive oil may actually improve endothelial function.

The latest systematic review and meta-analysis from 2015 investigated the effects of olive oil on inflammatory markers and endothelial function.

These results provide evidence that olive oil might exert beneficial effects on endothelial function as well as markers of inflammation and endothelial function, thus representing a key ingredient contributing to the cardiovascular-protective effects of a Mediterranean diet.

However, due to the heterogeneous study designs (e.g., olive oil given as a supplement or as part of dietary pattern, variations in control diets), a conservative interpretation of the results is necessary. [3]

Another study from 2012 published in the American journal of hypertension once again found more evidence that olive oil can exert a beneficial effect on endothelial function.

This study aims to examine the influence of a polyphenol-rich olive oil on blood pressure (BP) and endothelial function in 24 young women with high-normal BP or stage 1 essential hypertension.

We concluded that the consumption of a diet containing polyphenol-rich olive oil can decrease blood pressure and improve endothelial function in young women with high-normal BP or stage 1 essential hypertension. [4]

Studies have also found that the polyphenol fraction of extra virgin olive oil protects against endothelial dysfunction induced by high glucose and free fatty acids through modulation of nitric oxide and endothelin-1.

2 thoughts on “Does olive oil cause heart disease ?” 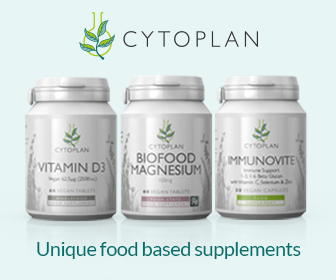